Imagine a stone-age human dining on a delicious meal of mastodon, and then cleaning his teeth with a toothpick.

Strange -- but likely true. Ancient humans, it seems, were using ordinary toothpicks nearly 1.8 million years ago, according to findings by European researchers. 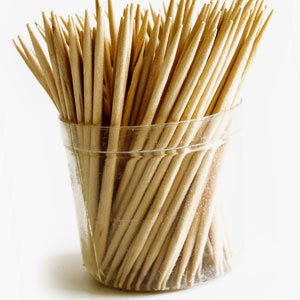 Paleoanthropologists from Switzerland, Finland and the Republic of Georgia studied the mandibles (lower jaws) of early humans from the famed Dmanisi archeological site in Georgia,  one of the biggest collections of early human remains in the world, and found evidence of  periodontal disease caused by repeated use of what is described as “an early toothpick.”

The study revealed that some jaws had small, cylinder-shaped lesions in the area between the tooth area and the gum. When researchers inserted a toothpick into the area, it went through the space.

Based on that and other findings of wear, scientists believe that this is the first clear evidence of toothpick-related local periodontal problems (as well as proof that there can be too much of a good thing -- be careful with toothpicks).


If you are looking for a dental practice with deep roots in -- and a long history on -- Chicago's North Shore, Wilmette Dental  is accepting new patients.  Feel free to call our office at 847-251-0085 or request an appointment online at www.wilmettedental.com.
Posted by phn344 at 11:24 AM